Our Mission, Philosophy: Our Identity

Whatever you can do or dream you can, begin it.
Boldness has Genius Power & Magic in it.

Founded as White Glove Digital in 2014, Genius Power & Magic rebranded in 2018 to focus primarily on web strategy and usability consulting for service companies, and to launch our new process: Website in a Week.

With a strong background in service business branding, marketing, and lead-generation, our team is positioned to take a web project for your service business. We’ve worked with attorneys, CPAs, SaaS companies, ad agencies, and more.

It was 2006, the housing market was booming, wars in the Middle East were ongoing, and I was in Germany WAY outside my comfort zone.

One day I came across a quote attributed to Goethe. In actuality, it is from a book called “The Scottish Himalayan Expedition,” by William Harrison Murray, a Scottish author and adventurer.

Murray said of his experience, speaking about what happened when the expedition was still in the idea stage:

… but when I said that nothing had been done I erred in one important matter. We had definitely committed ourselves and were halfway out of our ruts. We had put down our passage money— booked a sailing to Bombay. This may sound too simple, but is great in consequence. Until one is committed, there is hesitancy, the chance to draw back, always ineffectiveness. Concerning all acts of initiative (and creation), there is one elementary truth, the ignorance of which kills countless ideas and splendid plans: that the moment one definitely commits oneself, then Providence moves too. All sorts of things occur to help one that would never otherwise have occurred. A whole stream of events issues from the decision, raising in one’s favour all manner of unforeseen incidents and meetings and material assistance, which no man could have dreamt would have come his way. I learned a deep respect for one of Goethe’s couplets:

Whatever you can do or dream you can, begin it.
Boldness has genius, power and magic in it!

This hit me hard. Whether you believe in God or the Universe or nothing, I think most people believe in a connection to someone or something or some force greater than themselves. Let’s call that Providence.

Since that time, I have tried to live in a way that I was taking action and moving forward (with varying degrees of success). I have found that when I am bold and move forward, taking action and committing to an idea, Providence takes reciprocal action. Things start to happen, seemingly “behind the scenes” to help me make my dream a reality.

I decided to name my company “Genius Power & Magic” not because the company itself is inherently genius, powerful, and/or magical, but because taking action and committing is bold, and in boldness lies the work and effort of Providence, and therein lies Genius Power & Magic.

And… that’s where the Bold Way was born, including the Website in a Week project process.

It’s pretty darn bold to say you can build a website in a week: including copy, graphics, layout, launch, quality control testing, site speed optimization… But it is an idea we’re committed to, and we’ve worked out how to do it in a way that keeps us in integrity with our values and delivers extreme value to our clients.

Are you ready for some Genius Power & Magic in your life and business? If so, take action by scheduling a call to review your site and see how we might help you. Be bold!

… the people behind the curtain … 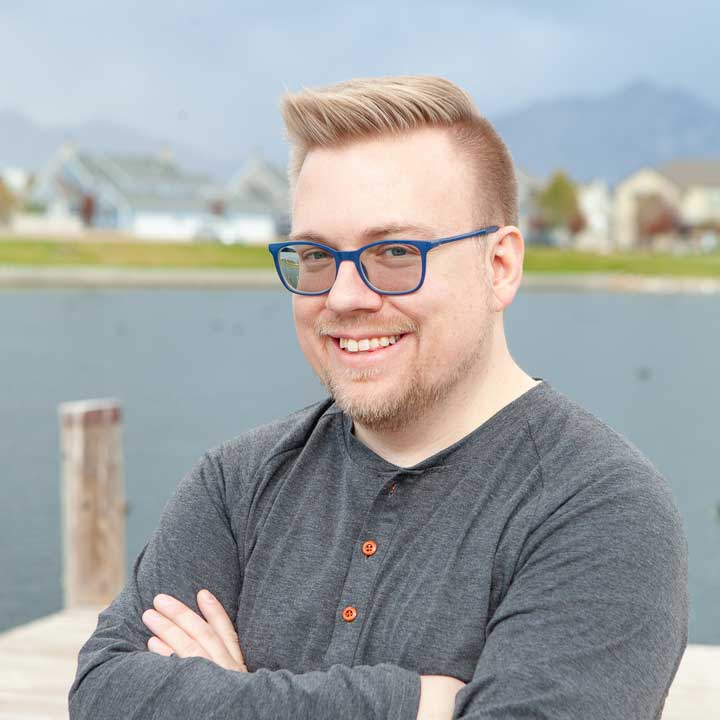 Born and raised in Utah, I enjoy spending my free time hiking in the beautiful mountains of northern Utah and spending time with my three daughters. I am also a writer and tabletop game designer.

I was previously an architecture and then instrumental music major, so I’m well-versed in the arts and passionate about creativity.

At present I run most projects and client communication, so you will most likely communicate with me.

In the course of working with us, you may work with one of our many designers, developers, or support team members, including Carla, Lucas, Daniel, Brad, John, Kevin, Tyrel, and others. We work with some in-house teams, as well as some outsourced agencies, freelancers, and contractors.

ALL of our team members are thoroughly vetted, have legal agreements in place which protect you, and are covered under the umbrella of Genius Power & Magic.